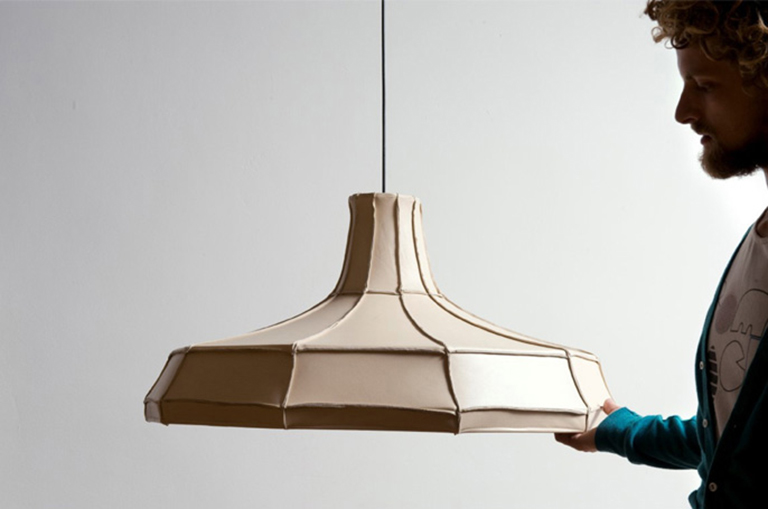 Designing great products which in turn result in consistent, fair paying jobs makes our approach work. Then people can create prosperity for themselves.

Tell us about your Tiny Miracles adventure

‘This Pardeshi community that we’ve been working with lives in a slum in Mumbai and they used to be basketry weavers. They earned one euro a day for the whole family.
Most of them were illiterate, couldn’t count to ten it was like hardcore surviving on the streets. Then my cousin asked me: “Pepe can you design some items that we can produce with them because we want to bring education, we want to bring healthcare but we also want to provide jobs so they can eventually pay for the healthcare and education themselves.”

So I went there and for me it was the second time in India, and it’s such a different world. When I started designing things, it was really heard to blend in with their way of thinking and their world and my world. It took two and a half years to find something that really worked.

What's the ambition of the Tiny Miracles Foundation? To employ people?

‘Well all of them can do basketry weaving with their eyes closed but I said I don’t want to do something with weaving or bamboo, because it has this ethnic look and this fair-trade image and I think we should focus on something new. That a product should sell itself. You want it because you like it, you buy it and then the story is a plus, an extra.’

You don't buy it because you feel guilty, or feel sorry for people.

‘No, there’s a lot of good initiatives. You want to support them and then you get an ugly basket, you know what I mean. So these products don’t look like they’ve been made by these people living on the street and that’s where I wanted to go.’

But it’s hard. It’s hard when people cannot count to ten to work with them but luckily there was this force within me to not give up and act like a pit bull, hanging on. We found something with the folded paper vase covering to be put around an empty bottle and shipped in an envelope. It comes as a gift and it works out really well. In 2012 we never thought this was actually happening and now there’s light at the end of the tunnel and there’s a really good vibe going on since about one and a half years ago.

I started off with leather lampshades; they’re like 550 euros in the shop. It’s nice when you sell a bunch of them but you have work and then you don’t have work for a few weeks and then there’s work and then there’s not work. These ladies were coming to me and asking “can I work next month”, and I wanted to say yes but I couldn’t, because the products were not selling on a daily basis. 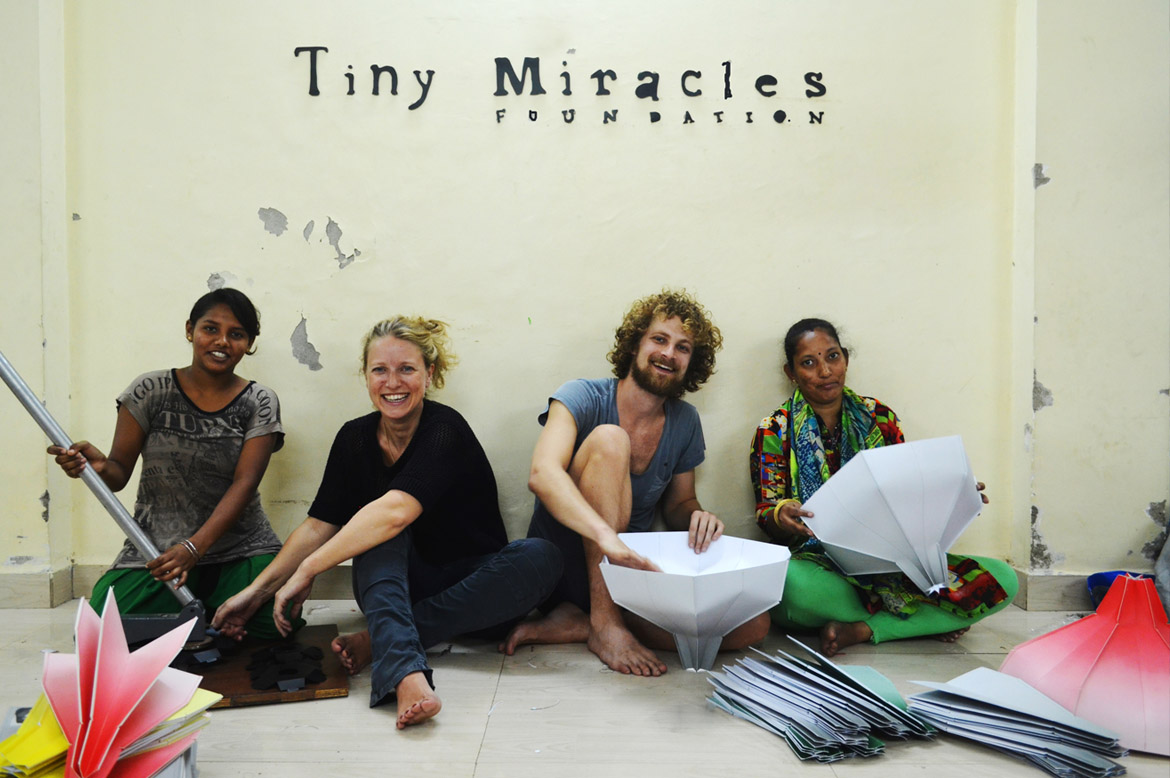 'We can do our production in the such a way as we do it in Amsterdam. And we don't just take something but we also give something back. That's when the circle is whole'

So what techniques do they use to manufacture these?

‘There’s paper and sewing. Actually I started off in 2011 with the welding and way too complex techniques, and I had failure after failure. Then at a certain moment, I said I’ll get a folding class and I invited 30 women to come and fold a sheet of paper in half. None of them could do this correctly and then I was shocked because I thought “this is the final try” if folding a sheet of paper doesn’t work.
So then of course after some training, I made something like a game out of it, because I want this workshop to have a really positive vibe and I hate production in China where you’re not allowed to see how stuff is done. If you know where your T-shirt is coming from in these factories in Bangladesh, you don’t want to wear it. So I said we can do, of course we can do production in such a nice way as I can do it in Amsterdam. We can do it there as well and we don’t just take something but we also give something back. That’s the whole.’

Do they work from home or is there a workshop they go to?

‘We started off with a really dark crappy spot near the street; there were rats running round and cockroaches and rain was coming in, but you should start from something. Then we changed into a bigger room and now there are many small workshops throughout the communities. These are like proper spaces that are clean and light. There’s no rain coming in.

‘No no no, they used to earn one euro a day with basketry weaving for the whole family. We pay them a salary which we call a salary the right way. It is more than 3 times as much as any skilled person would get doing a similar job. They can live a decent life with this salary. But that’s of course only if we get in enough jobs for them which pay a salary the right way. In the past we started with a salary which was 5 to 7 times more and that led to serious issues in the community. You will only ruin the system over there because they will hate each other; who can work with us and who can’t

Pepe embarked on a design adventure which took a couple of years of exploring and experimenting in and with the community. The designs which came out were wonderful, award winning, collaborations between Pepe and the Pardeshis.

After much head-scratching he found the ultimate premium design: the Paper Vase Cover. This product became a hit overnight. Made and shipped relatively easily and requiring just two skills: folding and stitching. Plus it was aesthetically beautiful and useful.

With our mission to help 1 million people out of poverty by 2030, we invite designers and brands to submit their designs and/or co-develop products.

Contact us
Join our Newsletter
Work With Us
About
Social